The Top 100 Restaurants, Who Made It This Year?

The Top 100 Restaurants, Who Made It This Year?15th June 2017, by Samantha WellerIf you work in the hospitality industry, you may have heard about the much-anticipated Estrella Damm National Restaurant Awards that took place this Monday in London. 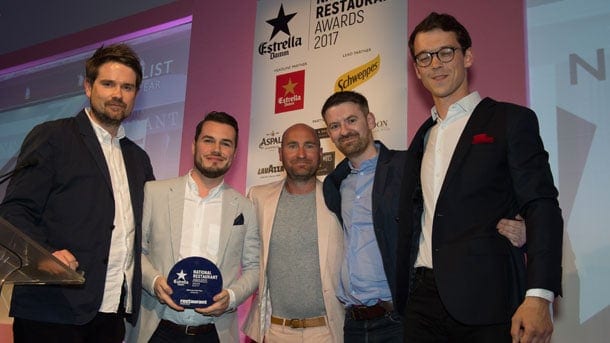 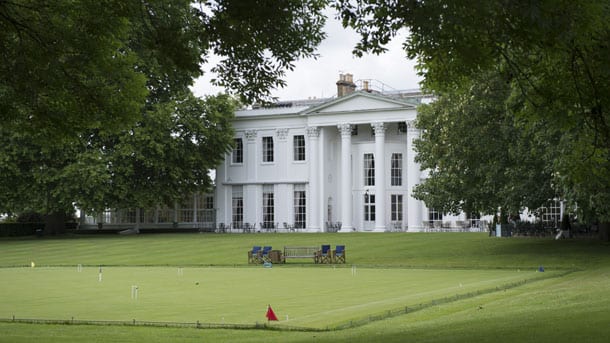 The yearly award show celebrates the brilliance and vibrancy of the UK’s wining and dining scene. In result, they reward the best chefs, front of house staff members and the best restaurants that the country has to offer. The awards are a true celebration of venues in the UK that make eating in our favourite restaurants so enjoyable, whether that’s Michelin-starred dining with tasting menus or casual bistros and steakhouses.

Now in the 10th year running, The National Restaurant Awards is the largest annual gathering of top chefs and restaurateurs in the UK, all held at the exclusive The Hurlingham Club in London with previous attendees such as professional chef Tom Kerridge and Managing Director of Polpo Group, Luke Bishop. This year, we were excited to also be attending to support the industry that we supply our Epos Technology and Management Solutions to.

So, who votes? Experts in the industry take a vote such as chefs, restaurateurs and food writers who also have a large involvement in not only voting but presenting several awards, culminating in the unveiling of the national restaurant of the year. This year, The Sportsman in Kent came out to be the most popular vote as they won the first-place award as restaurant of the year.

At Tevalis, we’re proud to supply our technology to some amazing venues in all sectors within the hospitality industry, so we were pleased to see a handful of our clients being recognised in the top 100. Som Saa, who have been with Tevalis since the beginning of 2016, were awarded with a fourth-place slot at the show this year. Located in Spitalfields, the popular restaurant serves regional Thai food and unique cocktails such as ‘Dragon’s Milk’ and ‘Bamboo Planter’s Plunt’. For those who are a fan of Thai cuisine, we have absolutely no doubt that it will continue to be a favourite.

In relation to the specific awards given out at the show, Noble Rot, who showcase their restaurant and wine bar in an atmospheric townhouse and have their own wine focused magazine, were recognised for their dedication to presenting high quality wines as they were awarded with ‘wine list of the year’ for the second time running.

This year, it was great to see that a large spectrum of cuisines were being noticed in the top 100 with the likes of The Palomar, who serves a menu influenced by the cultures of Southern Spain, North Africa and The Levant, securing their place as number fourteen.

Alongside this, Jikoni, El Gato Negro, Kricket, Lorne, St John Bread and Wine and Michelin-starred restaurant in Birmingham, Simpsons, all earned their well-deserved place in the top 100 this year showing that all varieties of cuisines and dining styles are appreciated in the industry.

With the amount of restaurants and bars always on the rise and multiplying, we’re looking forward to seeing which venues will make it onto the list next year and if there will be any exciting newcomers. And once again, congratulations to everyone this year!

« How Are Tevalis A Key Component In The Casino Industry? | Case Study – Victoria Gate Casino
Tapas & Technology, How Does It Work? | Case Study – Ambiente Tapas »
We use cookies on our website to give you the most relevant experience by remembering your preferences and repeat visits. By clicking “Accept All”, you consent to the use of ALL the cookies. However, you may visit "Cookie Settings" to provide a controlled consent.
Cookie SettingsAccept All
Manage consent

This website uses cookies to improve your experience while you navigate through the website. Out of these, the cookies that are categorized as necessary are stored on your browser as they are essential for the working of basic functionalities of the website. We also use third-party cookies that help us analyze and understand how you use this website. These cookies will be stored in your browser only with your consent. You also have the option to opt-out of these cookies. But opting out of some of these cookies may affect your browsing experience.
Necessary Always Enabled
Necessary cookies are absolutely essential for the website to function properly. These cookies ensure basic functionalities and security features of the website, anonymously.
Functional
Functional cookies help to perform certain functionalities like sharing the content of the website on social media platforms, collect feedbacks, and other third-party features.
Performance
Performance cookies are used to understand and analyze the key performance indexes of the website which helps in delivering a better user experience for the visitors.
Analytics
Analytical cookies are used to understand how visitors interact with the website. These cookies help provide information on metrics the number of visitors, bounce rate, traffic source, etc.
Advertisement
Advertisement cookies are used to provide visitors with relevant ads and marketing campaigns. These cookies track visitors across websites and collect information to provide customized ads.
Others
Other uncategorized cookies are those that are being analyzed and have not been classified into a category as yet.
SAVE & ACCEPT