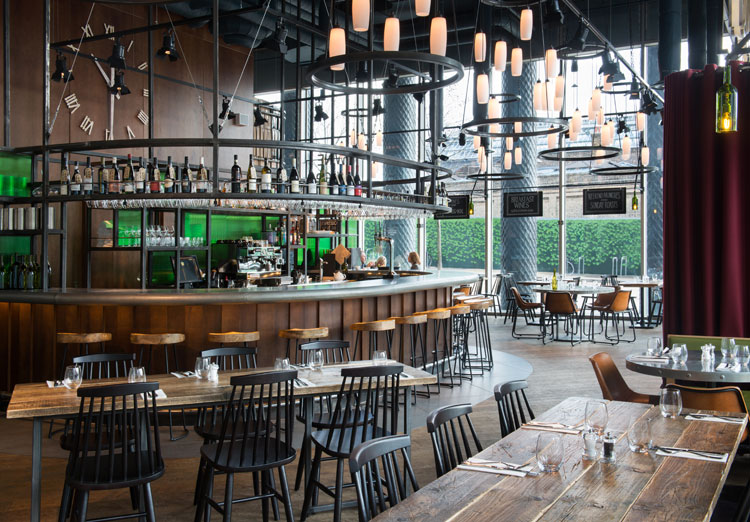 53-55 Beak St, Soho, London W1F 9SHVinoteca is the creation of Brett Woonton, Charlie Young and Elena Ares. Vinoteca is inspired in part by the wine bars of Spain and Italy, known as vinotecas and enotecas respectively.

Originally based in St John St in Farringdon, Vinoteca opened in September 2005, and has since been recognised as one of the best wine bars in London. In November 2010 they opened their second site on Seymour Place in Marylebone.

“We are delighted with the Tevalis system installed in all of our restaurant and wine bars; it has the perfect balance between intuitive user friendliness and the flexibility we need to have the system tailor-suited to our needs. Impressive indeed, we will be using the Tevalis Epos solution across further sites”

In June 2012 due to the ongoing success Vinoteca expanded onto their third site opening a new bar in Soho.

This is testament to the relationship Tevalis have with our clients having worked with Charlie and the team on all three sites, it also demonstrates the ability that our EPOS and management solutions can have to help businesses achieve maximum profit and turnover, helping towards significant growth and expansion.

Our EPOS solutions are fast, reliable and feature rich.

« Tevalis Epos client @GeneratorHostel have done it…
Tevalis directors had the honour of playing @TheHo… »
We use cookies on our website to give you the most relevant experience by remembering your preferences and repeat visits. By clicking “Accept All”, you consent to the use of ALL the cookies. However, you may visit "Cookie Settings" to provide a controlled consent.
Cookie SettingsAccept All
Manage consent

This website uses cookies to improve your experience while you navigate through the website. Out of these, the cookies that are categorized as necessary are stored on your browser as they are essential for the working of basic functionalities of the website. We also use third-party cookies that help us analyze and understand how you use this website. These cookies will be stored in your browser only with your consent. You also have the option to opt-out of these cookies. But opting out of some of these cookies may affect your browsing experience.
Necessary Always Enabled
Necessary cookies are absolutely essential for the website to function properly. These cookies ensure basic functionalities and security features of the website, anonymously.
Functional
Functional cookies help to perform certain functionalities like sharing the content of the website on social media platforms, collect feedbacks, and other third-party features.
Performance
Performance cookies are used to understand and analyze the key performance indexes of the website which helps in delivering a better user experience for the visitors.
Analytics
Analytical cookies are used to understand how visitors interact with the website. These cookies help provide information on metrics the number of visitors, bounce rate, traffic source, etc.
Advertisement
Advertisement cookies are used to provide visitors with relevant ads and marketing campaigns. These cookies track visitors across websites and collect information to provide customized ads.
Others
Other uncategorized cookies are those that are being analyzed and have not been classified into a category as yet.
SAVE & ACCEPT